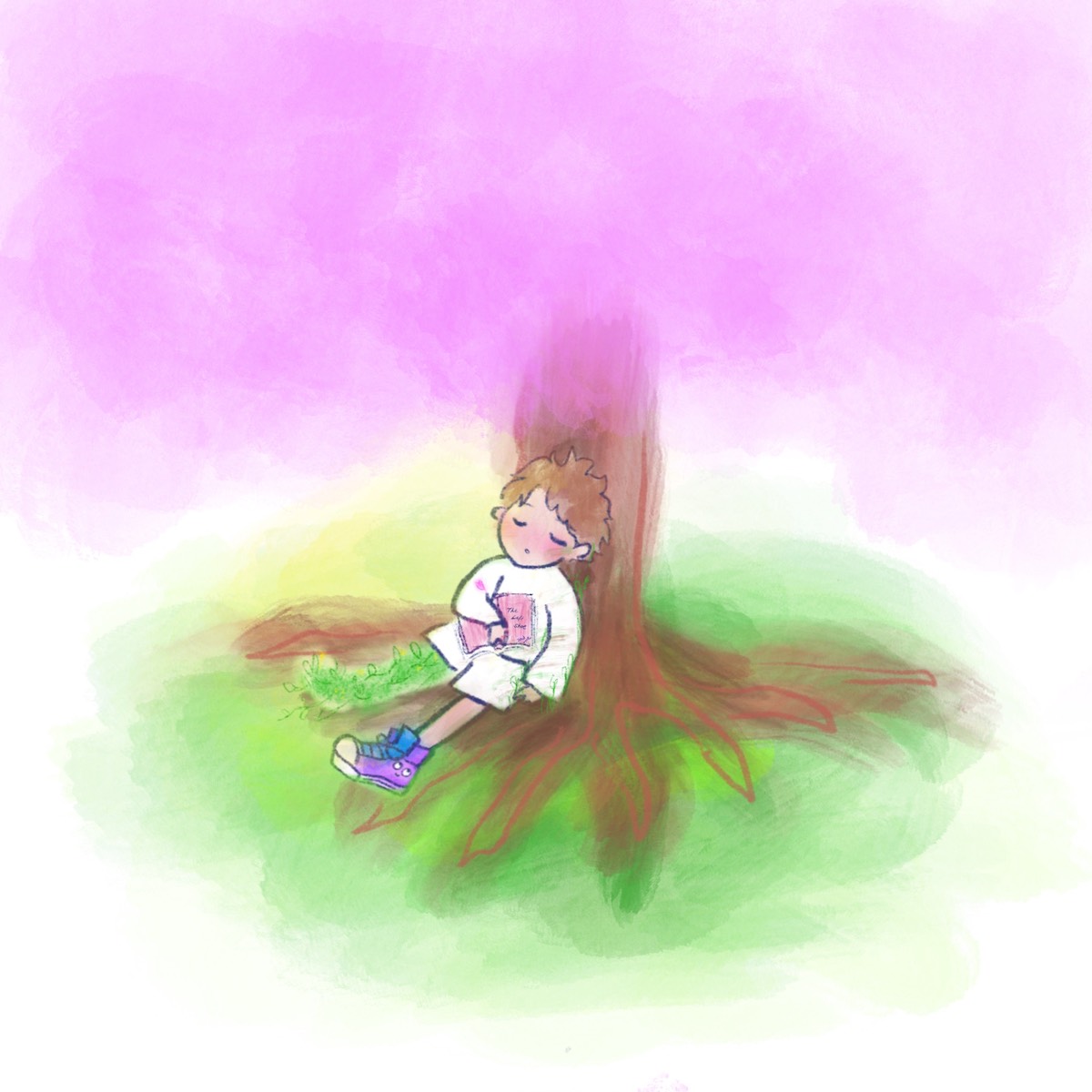 There once was a shoe, he was purple and blue
And had traveled the world around
He hopped and he skipped, he was fully equipped
Except for what he had not found
He had brains and wit, he was healthy and fit
He would glide through the world so light
But he had one big shame which was always the same
For this left shoe just didn’t fit right.

Sad though he was, he would hide it because
There was no one like him in the land
The ball and the map, the pen and the cap
They surely would not understand
So he’d wake up each day and he’d go out to play
With a smile on his face despite
The lack of return to his question that burned
“If I’m a left shoe, where is my right?”

With every sunrise he would hope for surprise
Of a shoe to which he could attach
The ball had a net and the map had a jet
But the shoe just could not find a match
The pen had a pad and the cap had a lad
And they all seemed to have so much fun
He would try to no end but as for a best friend
The Left Shoe just couldn’t find one.

One day in the spring the shoe heard the phone ring
And just as he answered “hello?”
The ball said “Left Shoe, we are coming for you
There is something that you need to know.”
A few minutes passed and a door knock at last
The ball rolled up with his whole clan
The pen and the cap, the jet and his map
But this time the map had a plan.

“My jet took a class, he studied and passed
And now he has learned how to fly
And since I am a map and our friend is a cap
We can go anywhere through the sky
We’re excited to go and see where the winds blow
But first we all thought about you
There’s room for one more and we’re set to explore
To search for your missing right shoe.

So they went home to pack and filled up their rucksacks
With toothpaste and water and such
But not too much more than the clothes that they wore
Because really they didn’t need much
So with just a few things they hopped on the jet’s wings
And they left what they owned in the past
Possessions they prized and still yet they realized
Things get lost, but memories last.

The very next day, up up up and away
In a flash they were off on their quest
They flew over the trees and crossed over some seas
Too excited to get proper rest
They flew through the night ‘til the moment felt right
The earth below looked oh so grand
So they clicked their seatbelts for they finally felt
They had come to the right place to land.

With a thud they touched down and they all looked around
Full of wonder at what they would find
Hungry as could be they found fruit on a tree
It was different but they didn’t mind
So they ate all they could and it tasted so good
They had already tried something new
And with bellies a-full and with destiny’s pull
They began their search for the right shoe.

Now if you’re like me then as sure as can be
You’ll want to know what happens next
Your desire to see and curiosity
Leaves you itching for further context
But part of the chore as we grow and mature
Is to learn to be patient and wait
Which you’ll have to do for your wish to come true
To discover our brave left shoe’s fate.

(Teaser of much more to come…)